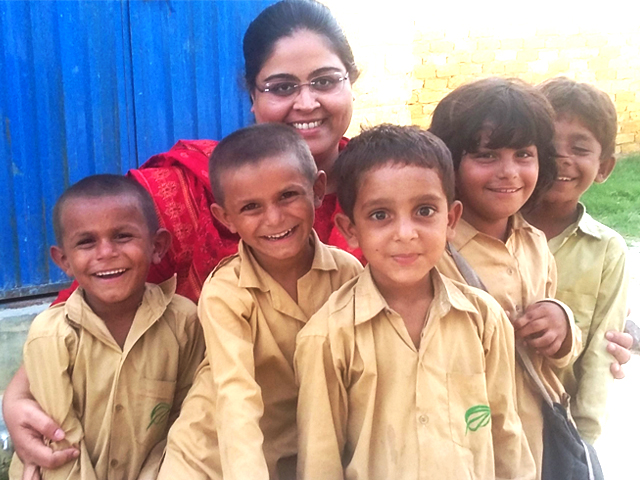 Naween Mangi, a journalist, media trainer and community developer, founded Ali Hasan Mangi Memorial Trust in 2008 in memory of her maternal grandfather. Naween began her career as a business journalist over 20 years ago and spent the latter half of that time as the Pakistan bureau chief of Bloomberg News. Prior to that, she wrote for Forbes Magazine in New York, the Asia Times newspaper in Bangkok and The Friday Times, The Daily Times, Herald Magazine, Newsline Magazine and Dawn Newspaper in Pakistan.

Naween grew up in Karachi and has lived and worked in London and New York. She has an economics degree from the London School of Economics and a Master’s degree in business journalism from New York University. She has also trained in Singapore, New Delhi and Tokyo.

Naween spent a decade covering companies, markets and the economy; reporting on issues, conducting interviews with top officials and writing profiles and features. On assignment, she visited dozens of villages across Sindh to spend time with farming and desert communities and report on the rural economy. As a journalist, she produced work she was proud of but she was deeply distressed at seeing the conditions people were living in.

As a result, she founded the Ali Hasan Mangi Memorial Trust as an integrated rural development project working to provide families with education, healthcare, electricity and basic services in upper Sindh. She divides her time between Karachi ad Khairo Dero from where she runs the organization. Read more about Naween’s work at http://www.naweenmangi.com.